This morning we set off, leaving the house and animals in the more than capable hands of Charlie and Gill, our house sitters. Five and a bit uneventful (ok, one missed turn off) hours later we arrived at out Logis Hotel for the night, the Domaine Des Chais in Thenac.

Dating from the early 18th Century this building has a charm all of it’s own. The wooden stairs to your room are steep but the rooms are over the top of what were the stables. I caught sight of the owners yellow Porsche Boxster downstairs, which made me slightly jealous. We settled in, I had an hours snooze and it was then time to sample the restaurant. 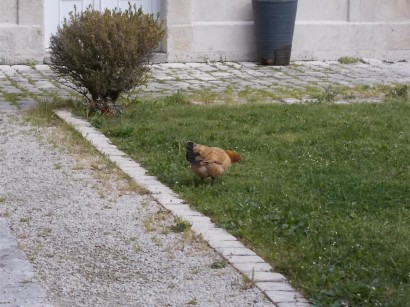 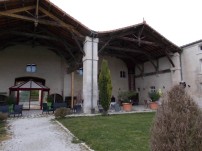 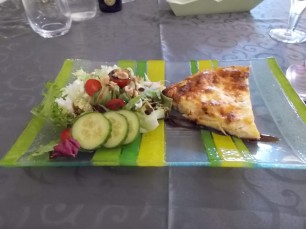 Yes, they have a chicken, not for eating but this week it’s laid two eggs. They don’t know where it’s come from either…however, in this case the chicken came before the egg. Our meal was lovely, the service superb (well, we were the only diners) and we had a long chat with the owners, who are originally from the East of France, very close to the German border. We also found that during the Winter they put on a cabaret show in the vein of the Moulin Rouge twice a week. It’s somewhere we’ll definitely put on our list of hotels worth a second visit…

In the morning we hit the road again towards Spain. There’d better be a party of flamenco dancers to greet us at the border this year or I’ll be really grumpy…..