Yes, I know it’s been a while since my last blog but we’ve been really busy……..

Iwona and Jareck, our Polish helpx workers (slaves) have moved on but not before doing six months work in the space of two weeks. Encouraged by this veritable whirlwind of activity we worked as well, Susie cleaning and cooking and I completed the decorating in the lounge. Whether it’s us or the helpers we attract, over the course of two weeks complete strangers become lifelong friends.

When they weren’t working, we took Iwona and Jareck to some of our favourite restaurants and showed them two of our favourite towns, Vitre and Domfront. They fell in love with all of the animals, Jareck played (on my guitar) a rock lullaby to Flora and Henri (or Treacle Pudding) was renamed ‘The Gangster’…. 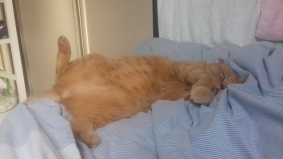 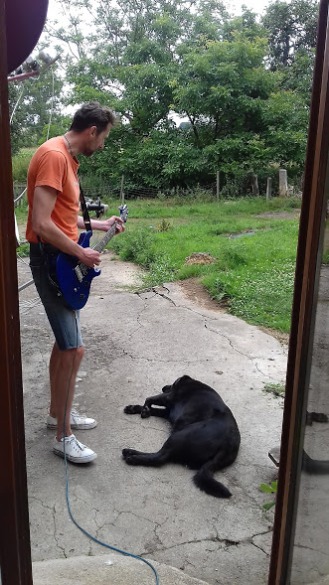 However, their lasting legacy can be summed up in one Polish word, ‘spacerek’. Used in it’s original context, of a walk or stroll with the dogs, I quickly developed it’s usage to a catch all term…If a meal was exceptional it was ‘spacerek’!….if you hit your thumb or spilt paint, ‘spacerek’ took on a totally different meaning…Try it, the word has thousands of applications…..

By and large, we’ve managed to keep up the momentum of working rather than eating. Susie has cleaned and sorted and we’ve finalised plans for the downstairs bathroom, work on which will begin next month. Firewood and anthracite has been ordered, a new grate fitted in the log burner and the Rayburn is waiting for a new grate assembly to be brought over from the UK. It hasn’t all been work though, we’ve managed to fit in a fair share of lunches out and a trip to the cinema to see ‘Dunkirk’, a quite harrowing movie but one we’d thoroughly recommend. We had an exclusive screening in Fougeres, being the only two in that ‘salle’.

Amongst the items uncovered during this melee of activity were a pair of ‘canine’ goggles. Susie had purchased a pair some time ago after a visitor had turned up in an open top car, with his dog wearing some. Naturally Toto desperately wanted to try them on…. 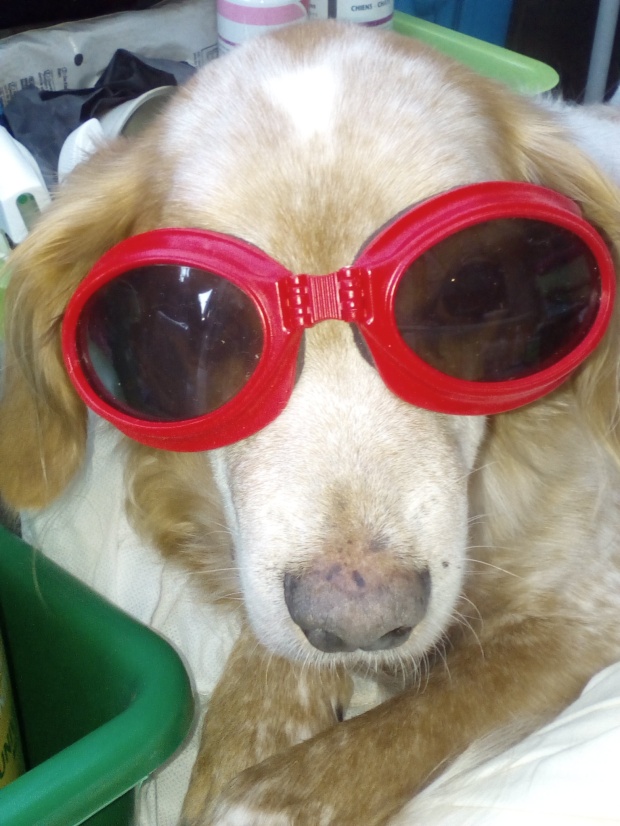 Summer is slowly drawing to a close here, days are growing shorter and whilst there isn’t a chill in the air of an evening, there’s a hint of Autumn. Naturally we are dealing with this in our own way, by refining plans for our trip to Spain in October….