The Born Cultural Centre really doesn’t sound too interesting does it? It probably sounds even less so when I tell you it’s an old indoor market. However let me tell you a little of its history. First constructed in the 19th century, close to the docks and railway station it was a thriving commercial centre.

Over 100 years later it was being superceded by more modern market halls and the local council approved plans to redevelop the site into a library. When work began on the interior floor, archaeological features were found a short distance under the surface. It became apparent that there were significant and well preserved remains of 17th and 18th century houses over quite a large area. Eventually the planned library was shelved and it became what you see today. 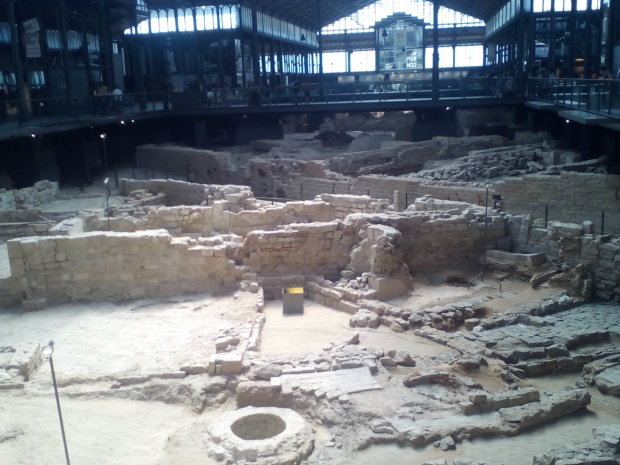 It’s really fascinating to peer from the walkway into the past lives of people, their streets and their houses. The center also has a couple of exhibitions and a quite large cafeteria with table service. Naturally we stopped for a light lunch…..no really, only one course and a fruit juice.

We wandered into the park behind the center, saw green parakeets, a large group of adults practicing tai chi and hordes of school children. Feeling in need of some cake and coffee (and who wouldn’t after a hard days exploring) we called in to Bubo. You might know that something made of chocolate was eyed up pretty quickly, I had to force myself to finish it, you can tell it wasn’t visually appealing.. 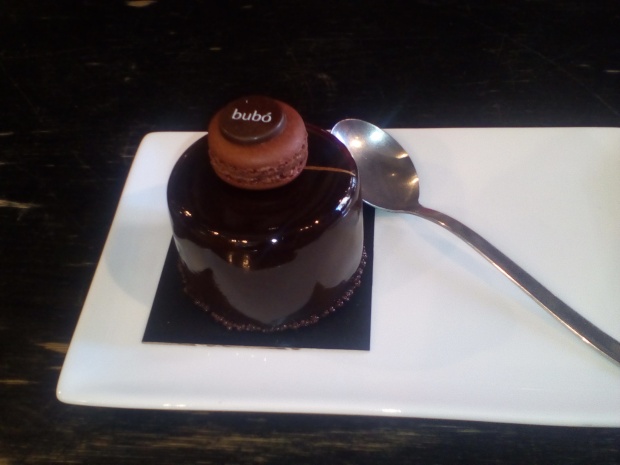 Rolling back to the metro and returning to the apartment, we had a quick snooze to digest our excesses before moving on to our evening dinner appointment at Con Gracia.

This restaurant is but a 15 minute walk from the apartment and is a delightful experience. We went for the defined tasting menu (there’s another where the chef chooses the dishes for you) and every course was of excellent quality, well balanced and seasoned with some surprising twists. We couldn’t fault the dinner. The staff were charming, appreciative and chatty which is always a plus for us…. 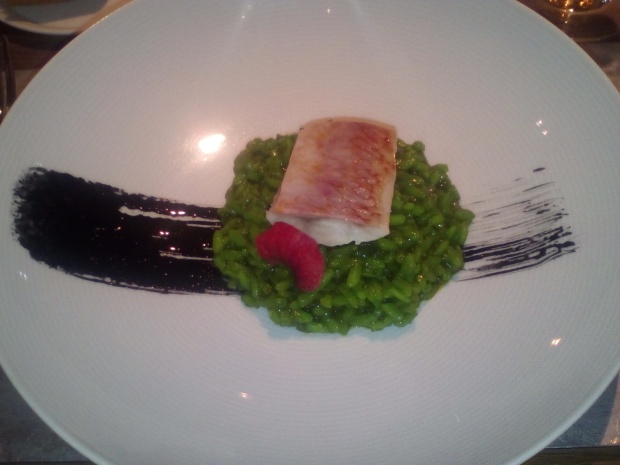 They’ll see us again next year, if things go according to plan. It’s our last full day in Barcelona tomorrow and I have a few loose ends to write about in the next blog..

One thought on “The remains of the day..”